A century of American Jewish history 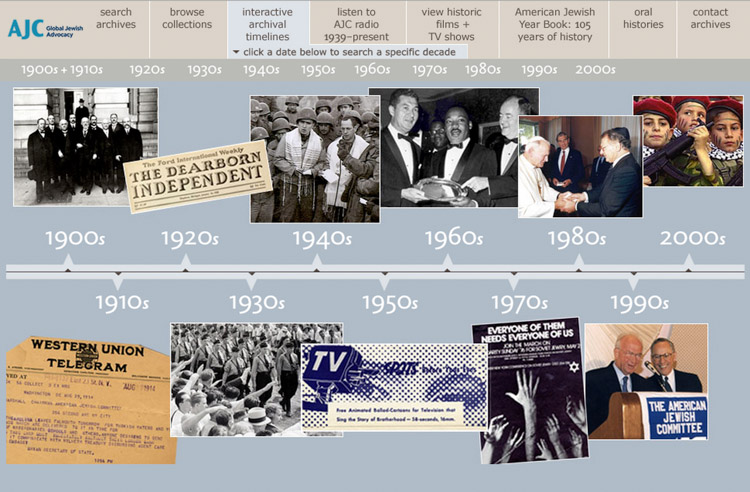 Filled with more than a million documents and hundreds of movies and radio shows, the New York-based American Jewish Committee Archives house an extraordinary range of resources on the past century of American Jewish history. The AJC archives include Henry Ford’s Dearborn Independent newspaper and other items that document anti-Semitism and race relations in the US. On the site, visitors can listen to volumes of recorded audio, including Martin Luther King’s address to the American Jewish Committee in 1965, and World War II-era radio broadcasts like “Dear Adolf” narrated by actors including William Holden and James Cagney.