The Story of Jews in Baseball 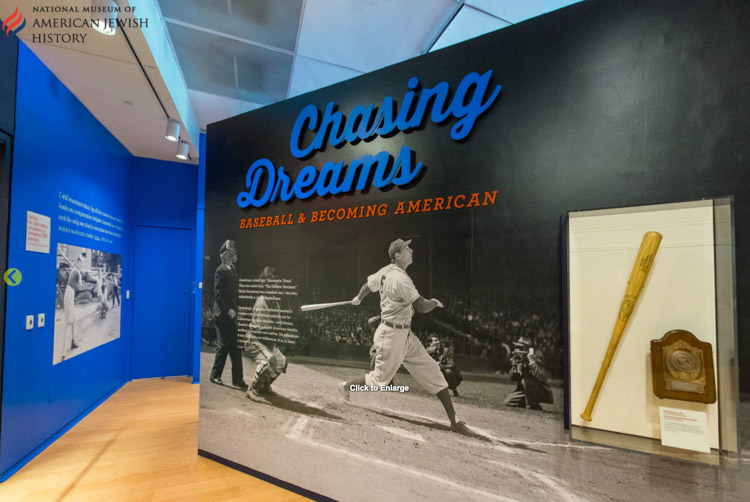 In March 2014, just in time for the start of baseball season, the National Museum of American Jewish History (NMAJH) opened a groundbreaking new exhibition highlighting generations of American Jews and other minorities who served as athletic, cultural, and ethical role models in the game of baseball. This was the first exhibition to use the story of Jews and baseball as an opportunity to highlight ways in which our national pastime is part of the  ongoing story of how immigrants and minorities of many different backgrounds become American through participation in the game.

Because exhibitions are temporary, George Blumenthal and photographer Ardon Bar-Hama are dedicated to preserving the most interesting ones in digital format, so that they can be viewed online by the public at a later time. The virtual tour is exactly like an in-person tour; you can explore the exhibition at your own pace, zooming in to view and read the sections which most interest you. The virtual exhibit includes high resolution photographs, clear captions and the original videos.