Scroll down to enter 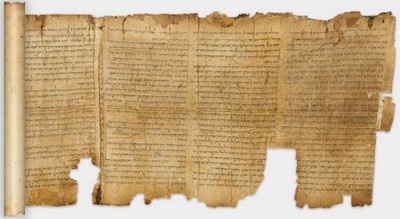 As the world of information becomes almost entirely digital, the preservation of history has moved beyond museums and on to the internet. The high quality of twenty-first century digital photography makes it the perfect medium for safeguarding important documents, collections, exhibits and manuscripts.

Jewishhistory.com is dedicated to preserving the history of the Jewish people through the latest technology. High resolution digital photography and advanced programming combine to bring ancient and modern history to life.

Over the years, anti-Semitism and ignorance have led to many misconceptions about the continuity of the Jewish people and its traditions as well as the long-standing connection between the Jews and the Land of Israel. Many of the projects undertaken by jewishhistory.com focus on this continuity. Through treasures such as the Bible, the Dead Sea Scrolls, Rembrandt, the Aleppo Codex, the American Jewish Archives and Independence Hall, the strong link between the Jews, their land and their traditions becomes clear.

Jewishhistory.com was founded in 2004 with the goal of digitizing all the most important historical resources of the Jewish people. Since its inception, approximately 50 projects have been completed, comprising thousands of manuscripts and documents, videos, websites, virtual exhibits and educational projects. A repository of materials relevant to Jewish history have been collected in the newly relaunched Center for Online Judaic Studies. Our hope is that these undertakings will allow students, educators and the public to learn about Jews and Judaism for generations to come.

As a tree is known by its fruit, so man by his works. ---- Babylonian Talmud 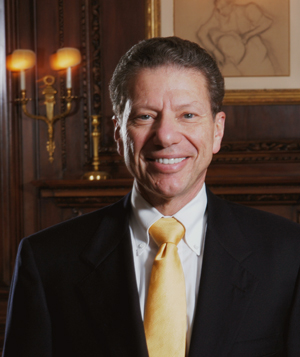 JewishHistory.com is a site dedicated to bringing together all aspects of the history of Jewish people from Abraham to today. In November of 2002, I was blessed to meet Ardon Bar Hama who demonstrated to me digital photography of rare documents. Due to my four decades of experience in building and operating cellular and cable broadband telecommunication systems, I literally had an epiphany that we could present the knowledge of such objects through the worldwide web.

Within months, the Israel Museum Jerusalem opened its “vaults” to us; and in short order, we were in the vaults of the Vatican. Since that time, Ardon has become iconic for having pioneered one-shot digital photography. Ardon’s workflow has developed extensively with other projects, such as launching the Dead Sea Scrolls with Google, the New York Philharmonic Archives with the Leon Levy-Shelby White Foundation and the Julliard School of Music with Bruce Kovner. He and his team are now capable of digitizing up to 2,000 pages per day and building websites for all these images.

In 2014, we launched a new objective, which is to perpetuate temporary museum exhibitions by creating virtual walk-throughs that are “posted” on the web. Examples include, Independence Hall in Tel Aviv, the Masters of Fire: Copper Age Art from Israel at the New York University’s Institute for the Study of the Ancient World, and Chasing Dreams and Becoming American in Philadelphia at the National Museum of American Jewish History.

Neither Ardon nor I take any rights in any of the projects that we have been involved with. They all reside on the home sites of the individual institutions. JewishHistory.com is initially populated by the efforts of Ardon and me. There is an endless amount of information being created by others that will be made available as click-throughs.

For my own part, my desire to create this site is to honor my fantastic parents (Emanuel and Klara), honor my Israelite heritage and to provide a legacy for my children (Adam and Jenny) to perpetuate. My greatest hope is that others will join this digital revolution so that new information can be added as simple click-throughs, especially as American Jewish Historical Society (NYC) rolls out its timeline of the American Jewish Experience from 1654 to today.